As I tweeted not long ago I'm a newly minted member of the Online Film Critics Society. I'm honored, humbled, flattered. Does my badge guarantee free popcorn and soda? No? Well, that's OK. Happy to be part of things.
Posted by Robert Cashill at 5:32 PM No comments: Links to this post 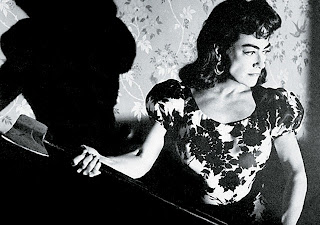 Was 1999 really the last time Film Forum showed the gimmicky shockers of William Castle? I'm not sure how I made it through the aughts without a tinge of Percepto or a blast of Emergo. In any case he's back, starting tomorrow, in a retrospective that takes in other facets of his career besides. While I don't subscribe to the producer-as-auteurist claims made for him by others there's no denying that the films are a lot of fun, and seeing them with their gimmicks intact makes them all the more entertaining. Take my advice at the end of my review of a box set of Castle flicks that came out last year. And, boy, does Joan Crawford mean business with that axe in Strait-Jacket, a cutting-edge start to the retrospective paired with the delightful Homicidal.
Posted by Robert Cashill at 12:16 PM No comments: Links to this post

The Fall issue of Cineaste 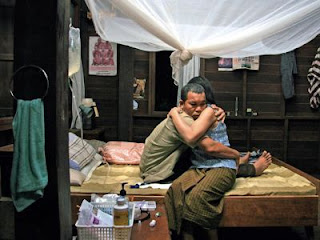 On sale and also online, where you'll find reports on four film festivals, interviews with Patrice Leconte, Simone Bitton, and Zelimir Zelnik, and reviews of The Tillman Story and There's Always Tomorrow. Among much else. Pictured is Apichatpong Weerasethakul’s Uncle Boonmee Who Can Recall His Past Lives, winner of the Palme d'Or at Cannes this year.
Posted by Robert Cashill at 11:42 AM No comments: Links to this post 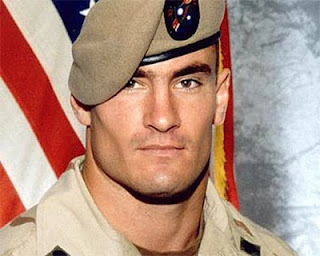 War and remembrance as the new documentary about the football player and friendly fire casualty goes into release. Plus, on DVD, the unsung Triage, with Colin Farrell and Christopher Lee.
Posted by Robert Cashill at 3:44 AM No comments: Links to this post 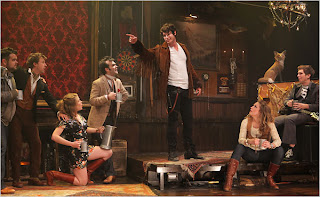 Henry Hewes Design Awards, that is. The Broadway-bound Bloody Bloody Andrew Jackson, that is, for Donyale Werle's Public-filling, Southern-fried scenic design, an excellent choice (pictured). Plus Martin Pakledinaz for Lend Me a Tenor's costumes, Kevin Adams for American Idiot's lighting, and The Orphans' Home Cycle's production team for notable effects.
Posted by Robert Cashill at 6:47 PM No comments: Links to this post 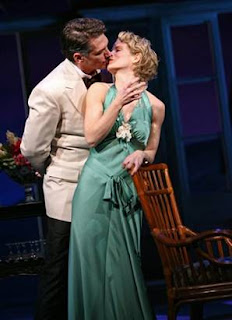 The magnificent revival of South Pacific that so moved me back in April 2008 is closing this Sunday at the Vivian Beaumont, but Live From Lincoln Center is giving us a last (or a first) look 8pm EST tonight on PBS. Matthew Morrison, who played Cable, has decamped to Glee and TV stardom but its incomparable leads, Kelli O'Hara and Paulo Szot (pictured), have returned to see it through to the end. I'm not sure how it'll play on the small screen but Light in the Piazza, also with O'Hara, turned out well, and I'm chancing my highest recommendation on this. Watch it, DVR it, tape it--just don't miss it.
Posted by Robert Cashill at 1:02 AM No comments: Links to this post

Secrets of the Trade 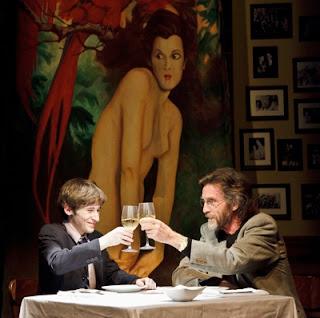 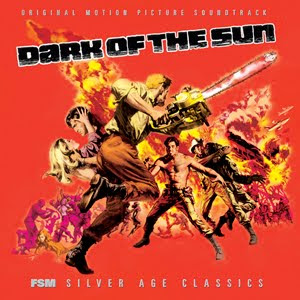 In "honor," I guess, of the saggy ass Expendables, a ten-film strong list of KA movies, as selected by the men (and women) of Popdose. I wrote up Aliens.

There are two kick ass movie events in New York this week. The press yawned over the "Classic 3D" fest that Film Forum held in 2004 but what a difference an Avatar makes--lots of thumbsucking this week over the already exhausted 3D revolution and what it all means as a similar program gets underway today. What it all means in the now is that you get some nice two-for-one deals (no surcharges!) on some entertaining B-movies, with a few As like the fun Kiss Me, Kate and the dull-in-any-dimension Miss Sadie Thompson thrown at you, along with some (terrific) Three Stooges shorts and a few oddities, like a selection of Harold Lloyd's stereoscopic nudes. Comin' at ya indeed.

Meanwhile, New York filmmaker William Lustig has picked some more down-and-dirty flicks for showcasing at Anthology Film Archives, including a personal favorite, 1967's mean merc movie Dark of the Sun. Quentin Tarantino cast its star, Rod Taylor, in a small role in Inglourious Basterds, and filched the main theme from its score (pictured), too. Rest assured that it kicks major ass.
Posted by Robert Cashill at 7:53 PM No comments: Links to this post

Cineaste: A slice of Splice 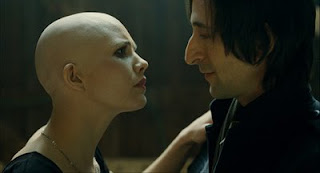 New Webtakes are up on the site, including my own on the recent sci-fi shocker.
Posted by Robert Cashill at 9:52 AM No comments: Links to this post 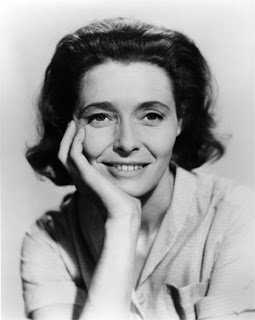 For my masters in journalism, which seemed so useful back in 1988, we had to come up with a saleable magazine concept. We found one, alas an unglamorous concept, caregiving. The good news was that our cover subject was the great actress and fellow Northwestern alum Patricia Neal, who with her then-husband Roald Dahl by her side battled back from debilitating strokes in the mid-60s, regaining her life and career. I didn't interview her, but the word was that she was as kind and generous as she was always said to be.

Also, in her professional life, a good judge of scripts--so flinty yet so touching in her Oscar winner, 1963's Hud. Caught up in the craziness of The Fountainhead (1949) with her lover, Gary Cooper, as Hollywood beckoned following a Tony award for Lillian Hellman's Another Part of the Forest. Anchoring The Day the Earth Stood Still (1951) with her good common sense. Managing Andy Griffith to shallow stardom in A Face in the Crowd (1957). Stylish and controlling in Breakfast at Tiffany's (1961). Wistful and unfulfilled in The Subject Was Roses, for which she received a second Oscar nomination as she returned to the screen in 1968.

Others: The fine, Burma-set play adaptation The Hasty Heart (1949), with the late Richard Todd and Ronald Reagan, Otto Preminger's In Harm's Way (1965), a good match for John Wayne; the Dahl-written The Night Digger (1971), no doubt feeling youthful opposite Fred Astaire and John Houseman in 1981's Ghost Story, Cookie in Robert Altman's Cookie's Fortune (1999). Glenda Jackson played her in the good 1981 TV movie The Patricia Neal Story, opposite Dirk Bogarde as Dahl, filmed not long before their 30-year marriage dissolved.

I always loved her (that voice!). In that I was hardly alone. A talent and an inspiration.
Posted by Robert Cashill at 11:55 PM No comments: Links to this post 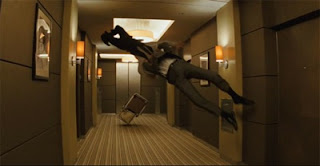 Dreaming of Leo, plus a family ideal in The Kids Are All Right and all the wrong ways to to make it in Manhattan in The Extra Man, as I put a spin on it again.
Posted by Robert Cashill at 3:53 PM No comments: Links to this post

Labels: Inception, Popdose, The Extra Man, The Kids Are All Right 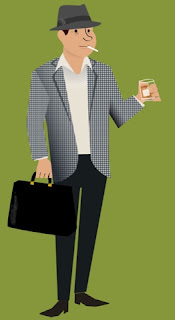 I couldn't quite get this to work out on my own, so I had my secretary do it. All very accurate, as I drink and smoke and avoid blogging. In my heart of hearts I'm a studly Don or a dapper Roger, but sad to say I'm at best a Duck.
Posted by Robert Cashill at 12:49 AM No comments: Links to this post