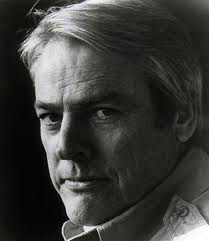 One of those days, sadly...the actor would have had a perfectly respectable career, including an Oscar nomination (for the 1951 film of Death of a Salesman; he appeared onstage in its original London production), Broadway credits from the 30s to the 80s, lots of TV, and movies that included The Misfits, The Best Man, and A Big Hand for the Little Lady. But starring in Don Siegel's 1956 classic Invasion of the Body Snatchers gave him iconic status--he's ideally cast as a workaday exemplar of the human race--and filmmakers who grew up on it gave him a continual lease on creative life, notably Joe Dante, who featured him in Piranha, The Howling, Twilight Zone: The Movie, where he was funny and disturbing in equal measure, and Innerspace, among others. (He was also in the 1978 Body Snatchers remake, and his presence in the two since might have helped.) McCarthy, who died at age 96, worked right up until the end.
Posted by Robert Cashill at 5:00 PM