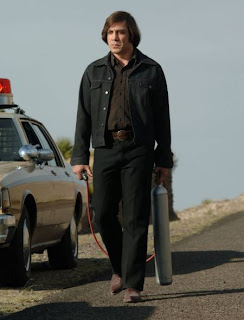 No Country For Old Men's surprisingly robust performance at the boxoffice (and encouraging development amidst so many indie, or independent-ish, films that have sank without trace) has been matched by a good showing among critics' groups, with New York giving it top honors as Amy Ryan (go baby go) continues to sweep--you read it here first.

The full list of winners from the New York Film Critics Circle:

Gossip here. It was pointless for Reed to try to raise a fuss about Coppola's wonky Youth Without Youth, which wasn't going anywhere, but that's Reed. And that's White for you. Otherwise, good if unsensational calls: Wasn't The Lives of Others considered last year?
Posted by Robert Cashill at 5:04 PM