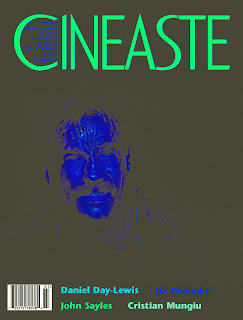 The Golden Globes are so inane I'm not sure they're worth the 20 seconds it takes to link to coverage. But here it is. I'm suspicious of any awards body that takes American Gangster seriously, and, having endured Aaron Sorkin's emotionally and factually fraudulent The Farnsworth Invention on Broadway, have less confidence in his adaptation of Charlie Wilson's War. And I'm disappointed that Once (and Hal Holbrook's resonant supporting turn in Into the Wild) faded from view. Credit to the voters, however, for making Viggo Mortensen (pictured) and Eastern Promises a blip on the awards season radar screen.
Posted by Robert Cashill at 11:11 AM