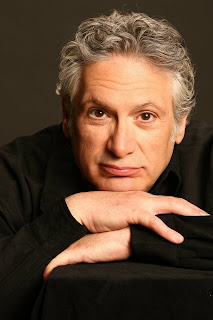 Multiple Drama Desk and Tony Award winning actor/writer Harvey Fierstein will host the 54th Annual Drama Desk Awards ceremony on Sunday, May 17, at 9 PM at the F.H. LaGuardia Concert Hall at Lincoln Center in New York City, it was announced by Robert R. Blume, Executive Producer of the annual Drama Desk Awards ceremony, and William Wolf, President of the Drama Desk, an organization of theater critics, writers and editors that honors excellence in all areas of New York theatre, including Broadway, Off Broadway, Off Off Broadway and not-for-profit theater. This will be the fourth time in the past six years that Fierstein has hosted the Drama Desk Awards, having emceed the Awards in 2004, 2005 and 2006.

"We are delighted that Harvey Fierstein has accepted our invitation to host this year’s Awards ceremony," said Robert R. Blume. “He has a cutting edge sense of humor and a quick wit that are perfectly suited for this type of hosting assignment. He understands all aspects of theater and uses his knowledge to great advantage.”

“The Drama Desk organization takes great pride in our awards presentations and the selection of Harvey Fierstein as host this year is welcomed.” said William Wolf. “Harvey has done a magnificent job hosting in the past and we are confident his professionalism will add excitement to this year’s proceedings.”

Harvey Fierstein made his debut at the La Mama Experimental Theater Club in 1971 in Andy Warhol’s only play, Pork, and followed that with appearances in 60 Off Broadway plays, writing and performing in many of his own productions. His Torch Song Trilogy opened Off Off Broadway in 1980, transferred Off Broadway in 1981 and then went on to Broadway. Fierstein won two Drama Desk Awards, two Tony Awards, an Obie Award and a Dramatist Guild Award for his efforts, as well as an Olivier Award nomination. Fierstein won his third Tony Award for the book of La Cage aux Folles. His other plays include Safe Sex, Spookhouse and Forget Him.

For his performance as Edna Turnblad in the smash hit musical Hairspray, Fierstein received the 2003 Drama Desk Award (Outstanding Actor in a Musical), Drama League Award (Outstanding Performance of the Year) and New York Magazine Award. He also received the 2003 Tony Award (Best Actor in a Musical), making him only the second person in history to win Tonys in four different categories. Fierstein’s recent appearances on Broadway include Tevye in the record-breaking revival of Fiddler on the Roof and the musical, A Catered Affair, for which he wrote the book and also co-starred.

Fierstein has appeared in 30 films, including Independence Day, Mrs. Doubtfire and Woody Allen’s Bullets Over Broadway. His TV appearances included stints on Ellen, Common Ground (which he also co-wrote) and Cheers, for which he received an Emmy nomination. Fierstein also provided the voice of Homer Simpson’s executive secretary on The Simpsons and he is a regular commentator on PBS’ In The Life. His children’s book, The Sissy Duckling (Simon & Schuster) garnered an Ace Award.
Posted by Robert Cashill at 6:00 PM