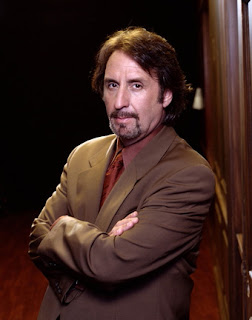 The actor-activist's transformation from a thorn in the side to Republicans to a post-9/11 GOP stalwart was vexing; not for nothing is the New York Post mourning someone who "saw the light" (but took exception to some of the Bush administrations excesses). I prefer to remember his energetic if careless career: I never saw him onstage, where he won Tony and Drama Desk awards for the original production of Speed the Plow, but his film roles were highlighted by a good part as a rationalist confronting Barbara Hershey's demons in The Entity (1982), a terrific performance in Paul Mazursky's great Enemies: A Love Story (1989), a city psycho fatally attracted to Jamie Lee Curtis' policewoman in Blue Steel (1990), and his Mutt and Jeff routine with Jeremy Irons in Reversal of Fortune (1990). He seemed to lose focus after that heyday, slumming careerwise as he raised his punditry profile, but he tweaked his alliance switch with a self-reflexive "turncoat" stint on The West Wing.
Posted by Robert Cashill at 10:32 PM