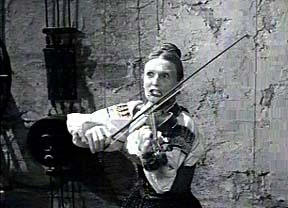 I pulled this off the IMDb newswire:

"Veteran actress Cloris Leachman has opened up about her brief romance with Gene Hackman--the pair enjoyed one night of passion in the 1970s.

The 82-year-old Oscar-winner reveals the brief affair in her forthcoming memoirs, Cloris, detailing how dinner with the actor lead to a steamy one-off encounter while they were both shooting movies in San Francisco, California.

She writes, "As we moved into the main course, it was as if a cosmic wind enveloped us. Some giant space magnet was pulling us together. We didn't finish the meal. We went upstairs, flew into bed and made love. It was epic. And the next morning, Gene went back to his film and I went back to mine. I haven't seen Gene since that night, but I remember well the feisty lad he was."

Leachman also admits coming close to having an affair with her childhood friend Andy Williams, claiming the musician harbored an "enduring passion" for her, according to New York Post gossip column PageSix, but a stash of photographs of his wife and daughter prevented them from taking their love any further.

Leachman has five children with Hollywood mogul George Englund, who she was married to from 1953 to 1979."
Posted by Robert Cashill at 2:26 PM